The Centre for Transparency Advocacy (CTA)  a consortium of civil society organisation, has said it welcomes the deregistration of 74 political parties by the Independent National Electoral Commission (INEC). Reacting to the action by the INEC”s national chairman, Professor  Yakubu Mahmood, the CTA in a press statement signed by its Executive Director, Faith Nwadishi, said it agreed with INEC that the deregistered parties failed to meet the constitutional requirement to continue to exist.  With the decision only 18 political parties are allowed to exist having met the requirement. It would be recalled that before the deregistration 92 political parties were registered by the electoral umpire.

During a media briefing yesterday in Abuja, Professor Mahmood while explaining why the commission took the decision disclosed the time table for Edo and Ondo  states governorship elections as well as bye elections in some states across the country. While it fixed Saturday 19 September 2020 for the Edo governorship election, INEC with the same breath fixed the Ondo governorship to hold on Saturday 10 October 2020. It said detailed timetable and schedule of activities will be published on its website and social media platforms.

Mahmood said that the commission looked at the status of political parties that were registered between 2011 and 2013 in accordance with the Electoral Act 2010 (as amended), among other reasons is  “Failure to win at least 25% of the votes cast in one state of the federation  in a presidential election or 25% of the votes cast in local government area of a state in governorship election.”

However, the commission gave names of  political parties that  have fulfilled the requirements for existence based on section 225A of the 1999 Constitution (as amended) as: Accord Party, Action Alliance, African Action Congress, African Democratic Congress, African Democratic Party, All Progressive Congress,  All Progressive Grand Alliance, Allied Peoples  Movement, Labour Party, New Nigerian Peoples Party, National Rescue Movement, Peoples Democratic Party, Peoples Redemption Party, Young Progressive Party, Social Democratic Party and Zenith Labour Party. INEC said a new political party called Boot Party, that was registered via a court order after the 2019 general election will also continue to exist. The commission gave the list of the deregistered parties posted on its website which include: Advanced Allied Party, All Bending Party, Alliance for Democracy, Mega Party of Nigeria,  National Conscious Party, among others.

According to Mahmood, the parties were also assessed on the basis of their performance in the Area Council election in the federal capital territory which coincided with the 2019 general elections, ‘ hence the need to deregister some political parties”.

Meanwhile, describing the action of INEC as a bold move the CTA urged the affected parties to align with any of the lucky 18 parties which share the same ideologies with their. 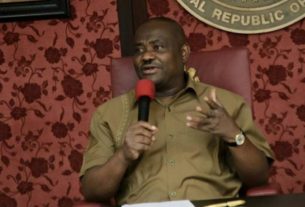 N30million Bounty: Wike Announces The Capture Of Bobrisky By The Nigerian Army.