The Bayelsa State Governorship Election Tribunal has nullified the election of Governor Douye Diri and his deputy, Lawrence Ewhrudjakpo.

In a majority judgment delivered by Justice Yunusa Musa in the petition filed by the Advance National Democratic Party, the tribunal held that the Independent National Electoral Commission unlawfully excluded the party from the November 16, 2019 governorship election in the state.

It, therefore, ordered INEC to conduct a fresh governorship election in Bayelsa State within 90 days.

It further ordered that the petitioner should be included in the fresh election to be conducted.

Okowa Urges Nigerians To Vote For Only PDP Candidates. 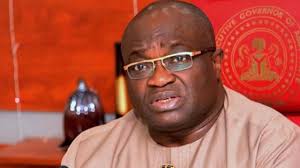