Two women who are sexually involved with the Coordinator of the Presidential Amnesty Program, Professor Charles Dokubo, are currently at daggers drawn over several contracts totaling over N5billion awarded to one of them, a competent source has told Pointblanknews.com.

The women, Rosalyn and Ebitimi Bunuzigha Evah, alias Bulldozer have been locked in a serious fight over contracts and who gets more attention from Dokubo.

Sources told Pointblanknews.com that Ebitimi who has been around most of the former Coordinators of the Amnesty program, became very close to Prof. Dokubo that her companies, mostly unregistered, benefitted from contracts to the tune of over N5billion.

Sources at the Presidential Amnesty office told Pointblanknews.com that Ebitimi carries herself around the office like the defacto head, threatening staff members and any other woman she sees around Dokubo.

“She boasts around about her affairs with Dokubo and doesn’t allow any other woman near the man in the office. Even staff members of the office must obey her, a staff at the Presidential Amnesty office told Pointblanknews.com

According to insiders, Ebitimi used her relationship with Dokubo to fleece the agency of billions through phony contracts awarded to her phony companies. She is alleged to own over twenty companies with which she has used in collecting contracts from the Amnesty office.

Few days to the general elections, a lorry load of “Rice” landed at the Presidential Amnesty office. The lorry was heavily guarded by Soldiers.

Staffs of the Amnesty office were all asked to leave. Soon as the office was cleared of staff members, few persons were ordered to offload the “bags of rice” into a safe room.

A close ally of Dokubo told pointblanknews.com that the lorry load of “bags of Rice” was actually a N1billion cash Dokubo, loaded inside several bags and made to appear like bags of rice. The Presidential Amnesty Coordinator had allegedly collected for the huge sums for the elections.

Sources hinted that Dokubo gave the key to the room where the bags of cash were kept at the Buzi close, an office extension of the Amnesty office in Maitama, Abuja to Ebitimi. While Ebitimi was sharing the N1billion cash, she was also helping herself and ended looting as much as she can, a source close the Amnesty office told Pointblanknews.com.

Ebitimi’s reign at the Amnesty office was cut off when Rosalyn, another lady who is allegedly sexually involved with Dokubo showed up.

Angry Edo born Rosalyn, showed up, banged the table and warned Dokubo that she would no longer tolerate Ebitimi’s several visits to the Amnesty office and their continue romance.

Rosalyn, according to a source, was more furious when she became aware that Ebitimi was made to be in charge of the N1billion cash Dokubo collected and shared during the general elections. She vowed to take the matter up to the authorities.

She questioned why only Ebitimi would get as much as N5billion worth of contracts when she has not gotten as much as that, says a sources who is familiar with the relationships.

Sources told Pointblanknews.com that Rosalyn threatened to ensure she uses her contacts in the Presidential Villa to stop Dokubo’s reappointment if nothing is done to place a ban on Ebitimi.

Rosalyn is a close friend of the Senior Special Assistant to the President on Domestic Affairs, Siriki Abba. Abba is a key member of the Cabal and one of those who can determine who gets what in the Buhari’s Presidency.

The Economic and Financial Crimes Commission, EFCC, immediately waded in, arrested Ebitimi for financial fraud and using unregistered companies to obtain contracts from the Presidential Amnesty Program, according to sources.

The sources disclosed that besides Izon Ibe Training Center, one of the company’s she Ebitimi uses to get contracts from the Amnesty Program, she is also the sole signatory to over 20 other unregistered companies.

Competent sources at the Presidential Amnesty program told pointblanknews.com that all payments totaling over N5billion for companies owned by Ebitimi have been stopped according to directives from the EFCC. She has also been asked to stop further visits to the Amnesty office.

Close ally to both Dokubo and Ebitimi disclosed that the lovers still meet but in secret, away from the prying eyes of Rosalyn.

Dokubo is described by those who know him well as “very randy.” They say he has collection of young girls from the University of Port Harcourt who fly into Abuja most weekend and are lodged in different hotels in the capital city. A popular DJ in Port Harcourt is said to be his pimp.

A very close source of the Presidential Amnesty boss revealed that Dokubo pays as much as N2million in cash just to touch the breast of any lady he wants.

“The man is a womanizer. Imagine paying as much as N2million to any girl he likes. Most of the young girls at the University of Port Harcourt they bring for him are now millionaires. If he likes you, even if you don’t accept to have sex with him, he can offer to pay N2million just to touch your breast,” revealed a source very close to Dokubo. 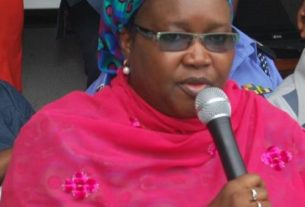 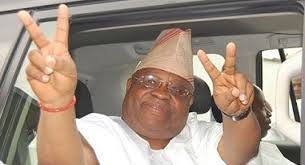 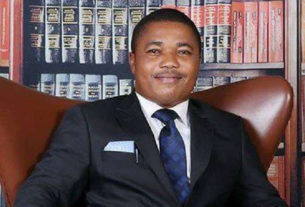