The Economic and Financial Crimes Commission (EFCC) has lambasted the US government following a report by the State Department criticising the President Muhammadu Buhari government’s anti-corruption efforts.

The US state department’s bureau of democracy, human rights and labour had said that Nigeria had made little progress in efforts to limit corruption in its public service.

It added among others that “there is a climate of impunity in the President Muhammadu Buhari government that allows officials to engage in corrupt practices with a sense of exemption from punishment.”

“In their prosecution of corruption cases, law enforcement and intelligence agencies often failed to follow due process and arrested suspects without appropriate arrest and search warrants,” the report read.

In response to this, the EFCC issued a statement saying that the “report is not only outdated and false but misleading.”

“The report is unfounded on the grounds of Nigeria’s remarkable achievements in the last four years as the war against corruption is on course,” the commission said.

“The EFCC’s commitment to the fight against corruption in the last four years is not in doubt to any discerning and genuinely concerned observer. This commitment is benchmarked by the unprecedented record of convictions, non-conviction based forfeiture and stolen assets recovery.”

The anti-graft agency also mentioned some of its achievements under the present administration.

The ant-graft agency further expressed concern over what it called a “report with inaccuracies.”

“Indeed, the US report’s portrayal of the work of the EFCC which is replete with inaccurate information is worrisome considering the close relationship between the Commission and some US entities,” the EFCC said.

“Unfortunately, the US Report does not reflect this deep knowledge of the EFCC and its work, which is enough reason to be suspicious about the motives behind the publication. 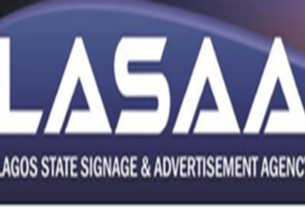 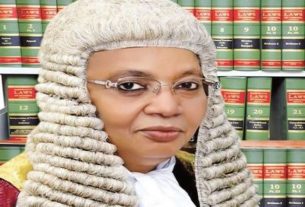 10 thoughts on “EFCC Accuses US Of Issuing Inaccurate Report On Anti-Graft War.”