The Uchenna Madu led Movement for the Actualization of the Sovereign State of Biafra (MASSOB) has condemned the assault, physical attack and disrespectful actions of some IPOB members against Sen. Ike Ekweremadu in Germany.

In a statement signed by MASSOB National Director of Information Comrade Samuel Edeson the pro Biafra group said it is disheartening that some groups have turned the non violent struggle for the actualization of Biafra into an instrument to abuse the supposed citizens of Biafra.

“The physical attack on Ike Ekweremadu by IPOB is not commendable. Igbo culture abhors disrespect on elders and persons in authority. If Ike Ekweremadu is sabotaging or has sabotaged Biafra struggle as alleged by IPOB, what meaningful and acceptable steps has IPOB taken to draw his attention to such?

“MASSOB as a leading figure of current Biafra agitation advised other pro Biafra groups including IPOB that Igbo political leaders are not the major obstacle of our chances of achieving independence from Nigeria state, the major hurdles mitigating against the freedom of Biafra from Nigeria is non cohesion and brotherhood among the leaders of leading pro Biafra groups.

“The tendency of superiority complex on ideology and the spirit of lordship over others are the detrimental tendencies grossly affecting the freedom of Biafra.

“Ike Ekweremadu and other perceived and alleged enemies of Biafra are not our major obstacle against Biafra. IPOB can never actualize Biafra alone, neither MASSOB, LNC, BNC, BIM and others operating individually can achieve Biafra alone. Biafra will be more achievable when a strong coalition of  MASSOB, IPOB, Lower Niger Congress, BNC, BIM and others from Niger Delta regions are established under a collegiate leadership

“The tendency of grooming authoritarian leadership under any guise in Igbo land and Biafra in general will never be tolerated because the republican nature of Igbo man does not allow such authoritative and empirical ruler ship.

“MASSOB also condemns the directives to attack the governors of southeast, consciously attacking a governor will never give us Biafra but will continue sending our youths to untimely deaths because every attack on a governor will attract the trigger happy Hausa Fulani security agents in Igbo land to open fire on our defenseless youths. Tomorrow, they will say governors ordered the killings of IPOB members.

“MASSOB also apologized to Chief Ike Ekweremadu for the physical assault on his person at Germany during the Igbo traditional ceremony of iri ji.”

“We admonish Senator Ike Ekweremadu to see the assault as a family affair between a father and his children. Hausa Fulanis and other enemies of Ndigbo are happy but we must shame them when they see you in a cordial relationship with your people.

“MASSOB calls and extend a hand of fellowship to IPOB led by Mazi Nnamdi Kanu, BIM led by Chief Ralph Uwazuruike, BNC led Alhaji Dokubo Asari and other pro Biafra groups to rally together in the true spirit of Biafra and defend Biafra land from the Fulani invaders and marauders.

“The era of propaganda and talking on radio and newspapers is gone. People’s opinions on social media will never give us Biafra. Let’s unite and confront our common enemy. Though our governors and other leaders are not assisting the Biafra struggle, we can engage them traditionally, not insulting them.” 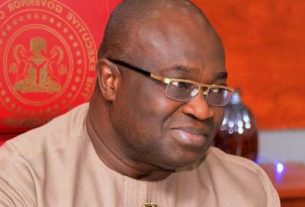