President Muhammadu Buhari’s Aide, Prof. Charles Quaker Dokubo who is also the Coordinator of the Niger Delta Presidential Amnesty Programme (PAP) is covertly being investigated in the United States by the Federal Bureau of Investigation (FBI) for money laundering, racketeering and fraud.

FBI sources confided in Pointblanknews.com that Dokubo alongside his kinsman who lives in New York, laundered over N10.5million through series of wires traced by investigators.

According to the sources, the FBI are currently appalled at preliminary findings which should have been discovered by the Economic and Financial Crimes Commission, EFCC, if they had beamed their searchlights on the activities of Dokubo and his allies.

Pointblanknews.com has decided to keep Dokubo kinsman’s name anonymous because of the ongoing investigations.

Sources involved in the investigations disclosed that Dokubo’s kinsman’s U.S account was flagged and reported by his bank after huge sums were unusually lodged on different dates in the account that hitherto could boast of a thousand dollars.

“We noticed unusual activities, tracked the account and ran a check and discovered lump sums. Suspect was invited and questioned. We are still on it and not done yet,” an FBI source at the One Police Plaza, New York, told Pointblanknews.com

Sources disclosed that the jittery Dokubo’s kinsman upon interrogation, named Dokubo as the source of the funds. He also listed properties allegedly bought for Dokubo, using some of the laundered funds.

Pointblanknews.com gathered from agents that soon as investigations are concluded, findings would be sent to Nigeria while Dokubo’s kinsman in New York, would be prosecuted.

FBI sources told Pointblanknew.com that agents would have arrested Dokubo when he visited the United States recently but because the investigation was still at the preliminary stages.

Sources told Pointblanknews.com that all cash and luxury properties linked to Dokubo are from parts of the payments he received in mostly fraudulent, non-existent Amnesty contracts.

For instance, Dokubo paid Mr. Ipali Marshal Harry N1.9Billion for non-existent contracts. The Funds was shared between them.

Pointblanknews.com also gathered that Dokubo confided in one of his close Aides that Prof Gregory Iyke Ibe, PhD. Of Gregory University has over N1.7Billion in Cash as Safe-Keeping for him. In addition, Dokubo also paid  N200Million in Cash to Prof. Ibe, Majority of the funds were paid by allegedly inflating Amnesty Students tuition fees at Gregory University.

Pointblanknews.com had exclusively reported how over N24billion has been looted from the Presidential Amnesty Program since Dokubo emerged as the Coordinator.

Babagana Monguno, rtd, has been shielding Dokubo from prosecution. Monguno is alleged to have received  over N3billion in kick-backs from Dokubo 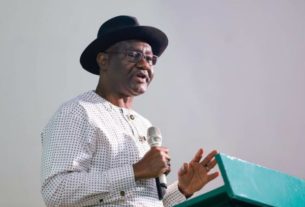 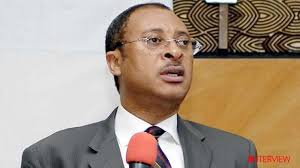 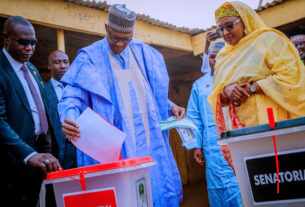 I Will Do More In My Second Term – President Buhari.