Home > Headlines > ONDO ELECTION: Akeredolu, Jegede, Sign Peace Accord, As Sultan Says Election Not A Do or Die.

The Sultan of Sokoto, Alhaji Abubakar Sa’ad, has tasked all the contestants in this Saturday’s governorship election in Ondo State not to see the exercise as a do-or-die affair.

Abubakar made the appeal during the signing of the Peace Accord by Ondo State governorship candidates on Tuesday in Akure.

The News Agency of Nigeria (NAN) reports that the signing of the Peace Accord was organised by the National Peace Committee (NPC) under the leadership of former Head of State, Gen. Abdulsalam Abubakar.

Sa’ad, who said the election was like a game played by many players on the pitch, called on all contestants to shun any form of violence and thuggery.

He said this was necessary so that the election could be free, fair, and credible in the state like that of Edo State governorship poll.

“I like to make it clear to all of us as citizens of this country and for the players who are going to be on the pitch on Saturday to contest for one single seat of the governor of Ondo State for the next four years.

“I like to call on you to see the signing of an accord this morning not just a mere ceremony or formality but a commitment by all of you.

“In fact, a covenant in which you all be responsible for the outcome at the end of the day.

“Let all of us obey the rules of the game; I call it game because the election is a game where there must be only one winner and others who have not won, I won’t call them loser.

“There will only be one winner and that winner has already been ordained by Almighty God before the election is even cast. We don’t know who that person is.

“As a contestant, tell the citizens of Ondo State, what you can’t do and what you will do for them and their votes must count as INEC has assured us that every vote must count.

“Talk to your supporters to remain peaceful, do not allow thuggery to take place anywhere, not only near the polling booth even in the entire state throughout the duration of election on Saturday,’’ he said.

According to him, power belongs to Almighty God and he gives it to whom he wants at the time he wants and he takes away from the person or persons without even alerting them, so let’s not play God.

“Do not sign this accord, if you know you are not going to keep peace in the Ondo State election of Saturday,” he said.

Meanwhile, the three major governorship candidates promised to allow peace to reign during and after the election and shun any act that could determine the pact they have signed.

Gov. Oluwarotimi Akeredolu, who pledged to abide by the content of the Peace Accord, appreciated the National Peace Committee for their commitment to seeing that the election was peaceful in Ondo State.

Also, Mr. Eyitayo Jegede of the People’s Democratic Party (PDP), called on all security agencies, especially the police, to ensure a free playground for all the contestants and arrest and prosecute anyone who foments trouble during the election.

Mr. Agboola Ajayi of Zenith Labour Party (ZLP), who is also the Deputy Governor of the state, said that members of his party would continue to conduct themselves in the most peaceful manner, more democratic and civilised way.

NAN reports that other dignitaries present at the peace accord signing were Bishop Hassan Matthew Kuka, Arch Bishop John Onaiyekan, INEC chairman, Prof. Mahmood Yakubu; and representative of the Inspector General of Police (IGP), among others. (NAN) 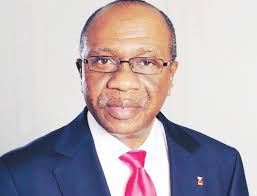 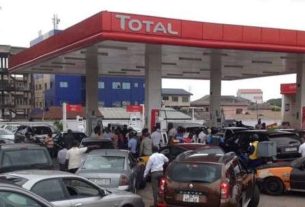 1 thought on “ONDO ELECTION: Akeredolu, Jegede, Sign Peace Accord, As Sultan Says Election Not A Do or Die.”