..Returning Officer Not From Ondo

With less than 24 hour to the Ondo state gubernatorial election, the Independent National Electoral Commission, INEC has assured the Ondo state eligible voters, Nigerians and the entire world of its readiness to conduct the Saturday, October 10 governorship election. “We are ready”. Declared a highly placed source in INEC.

The source said “We are looking forward to another good outing in Ondo on Saturday. I am really confident that we will pull through in Ondo”.

The New Narrative authoritatively gathered that all sensitive materials for the election had been moved to Ondo. The movements of the materials commenced on Thursday, October 8, much earlier than it happened in Edo during the September 19 governorship poll, indicating an improvement in preparations for elections by INEC despite the difficult terrains of Ondo state.

The New Narrative also gathered authoritatively that the INEC Returning Officer for the election is not from Ondo state contrary to reports that the RO is an indigene of Ondo state.

It said sensitive materials had been moved to Ilaje, Ikare, Okitipupa the riverrine areas of the state early enough to ensure that the election starts as scheduled.

The source disclosed that like Edo, the October 10 Ondo poll would be uploaded the Z-Pad technology.

On security, the source said the conduct of security agents at the Edo election was “a pleasant surprise”. “The police were on time as movements of materials continued. The police behaved professionally”. It was learnt that the army and navy are also cooperating to ensure that Ondo election is peaceful, free, fair, credible and transparent.

However, according to our source, 27 flashpoints have been identified in Ondo state.

“We have intelligence report at our disposal. We do our own risk assessment. Nothing should be taken for granted.

In reviewing the Edo election, the source said that technology that was deployed for the poll was “wonderful”, adding Edo was successful because of security. We have always planned to succeed” 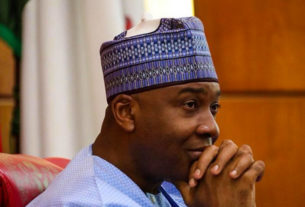 1 thought on “Ondo Guber: We re Ready-INEC.”