A member of the Federal House of Representatives, Jarigbe Agom Jarigbe, has threatened to deal with AIT’s correspondent in Cross River State, Rasheed Olarenwaju, over the story of his disqualification for the Peoples Democratic Party, PDP, primaries for Cross River North Senatorial District reported by the journalist.

Jarigbe in a WhatsApp message to the reporter accompanied with a recorded video of the crawl news of the story said: “Rasheed You are a Fool” ostensibly for reporting his disqualification for the PDP senatorial primaries.”

When the reporter inquired in a message if such an unguarded message came from the federal lawmaker, Jarigbe, instead, shouted at him during a phone call with a concluding statement that, “We shall see.”

Olarenwaju has expressed shock over his interaction with the lawmaker saying, “I consider this a threat for doing my work as a Journalist whose responsibility is to report news and events in my area of coverage.

“After the Chairman of the PDP spoke with AIT on the disqualification of Honourable Jarigbe following a meeting with the PDP Adhoc Committee Chairman Honourable Talib Tebite and his team on the preparation for the Senatorial Bye-Election primary in Northern Cross River State, I called Honourable Jarigbe twice to hear from his side but he didn’t pick my calls which I reflected in my report.

“I wonder what he is up to with this statement and I have reported to my Head Office and the Group Managing Director of DAAR Communications PLC, Mr. Tony Akiotu has taken up the matter.

“I will also report on Monday to the Commissioner of Police and the DSS Director in Cross River State Command.

“Mr Jarigbe should come out openly to explain to the world what he meant by “We shall See” because if anything happens to me or any member of my family, he should be hold responsible.

“I have been in the State long enough to know who is who while doing my job and this will be the first time such thing is happening to me,” Olarenwaju explained.

Jarigbe is among the five aspirants for the Cross River North Senatorial Bye-Election before his party announced his disqualification on Saturday. 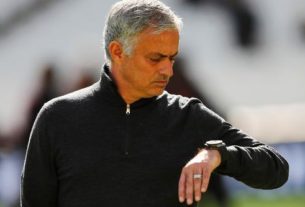 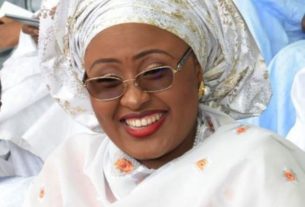