Home > Back Page > The Inequity Of The Additional $22.7billion Loan Approved By The “Nigerian” Senate For The Major-General (Rtd) Muhammadu Buhari’s Regime Against The Fast Deteriorating Nigeria’s Economy.

Details Of The Projects & Services Assigned To The Geopolitical Zones Of Nigeria From The Additional $22.7Billion Loan Approved By The “Nigerian” Senate, For This Major-General (Rtd) Muhammadu Buhari’s Regime, Are Reproduced Below For Ease Of Reference.

My first reaction is to assume that the breakdown of the copied information reproduced below for ease of reference may not be correct despite the well known pattern of the reigning Major-General (Rtd) Muhammadu Buhari’s regime.

However, in the absence of any other verifiable information, what is available to Nigerians is the aforementioned information and this leaves one with no option now than to accept it as is as correct.

The above stated loan imposed on Nigeria among others by this Major-General (Rtd) Muhammadu Buhari’s regime is to be paid back if not now but, certainly later, from the resources (beer money – including other alcohols and sundry taxes plus VAT, ocean money and oil money among others), of Southern Nigeria to which the Northern Nigeria contributes NOTHING for so long as the current revenue sources of the “Federation” persists!

From the figures detailed below, out of this additional $22.7Billion Loan approved by the “Nigerian” Senate, a walloping $13.203Billion is to be spent on whatever in/for Northern Nigeria (that shall NOT be liable in any form for any refund); a meagre total sum of $4.47Billion will be spent in/for South West and South South combined (TO THE COMPLETE EXCLUSION OF SOUTH EAST OF NIGERIA); while the balance of over $5Billion out of the $22.7Billion Loan is assumably reserved for “Aso Rock” under the heading “General”, presumably, for the presidency big boys to play with; for which, only Southern Nigeria shall be liable to pay back the entire loan with the accrued interest, so long as the present revenue generation pattern persists!

Now, my fellow citizens, how equitable, fair and just is this?

And we are talking of one Nigeria?!

The question that readily demands urgent  answer is: WHY IS THE ENTIRE SOUTH EAST GEOPOLITICAL ZONE COMPLETELY OMITTED/EXCLUDED FROM THE PROJECTS TO BE EXECUTED FROM THE SAID LOAN?

Is South East excluded from the said loan repayment?

Is South East no longer a part of this country called Nigeria?

What is the crime of the people of the entire South Eastern Nigeria to warrant the continued total incarceration and exclusion from key government positions, projects and programmes at the center particularly by this Major-General (Rtd) Muhammadu Buhari’s regime?

Recently, this same regime of Major-General (Rtd) Muhammadu Buhari informed Nigerians that several billions of Naira (that is principally sourced from Southern Nigeria) shall be spent to rehabilitate the “illegal miners” of gold mainly in Northern Nigeria for them to mine gold and sell same to the Central Bank of Nigeria. That is to say that, the mineral resources found in the north remains the properties of Northern Nigeria while mineral resources including the oil from Southern Nigeria belongs to the entire country Nigeria from which, the North has continued to retain the largest share. Now again, how equitable, fair and just is this?

Meanwhile, the crude oil modular/cottage  refineries in Southern Nigeria by self efforts of some indigines of the oil producing communities are termed illegal and are continuously being destroyed by the “Federal” Government irrespective of the huge environmental, human and financial costs to the host communities. The proprietors of these cottage refineries are usually criminalised by rhe “Federal” Government and even sometimes killed with reckless abandon. Now, how equitable, fair and just is this?

All the proceeds from the livestocks from the North, particularly the cows among others, for which Sotherners and other Nigerians are being raped, maimed and killed in their ancestral homes by the Northern terrorist fulani herdsmen belongs to the North and NOT Nigeria.

Meanwhile, Nigeria’s money is being spent on ‘RUGA’ and other enablers by the “Federal” Government of Major-General  (Rtd) Muhammadu Buhari on these livestocks to which the North contributes NOTHING! NO taxes and NO royalties are paid on the proceeds from these livestocks into the common pool of the “Federation” Account and shared to all States as done with that of oil and other products from Southern Nigeria!  How equitable, fair and just is this?

All the proceeds from Agricultural produce from the North for which Nigeria’s money is spent on dams and fertilisers among other enablers by the “Federal” Government belongs to the North. NO taxes, NO royalties! How equitable, fair and just is this?

All the proceeds from the “illegal mining” of gold and other mineral resources from the North belongs to the North and NOT Nigeria! How equitable, fair and just is this?

As at today, the Northern Nigeria, having perfected various ‘smart’ means like the number of States, number of LGAs, “Land Mass”, “population” and such others, have continued to collect more that 70% from the ‘Federation’ Account sourced mainly from Southern Nigeria to which they contribute NOTHING. Again how equitable, fair and just is this?

Meanwhile, the North have continued to hold Nigeria ‘hostage’ by ruling Nigeria for over 42 years and still counting as a matter of “right”; the South West did same for about the 12 years and still counting; the South South that provides over 90% of Nigeria’s revenue accidentally did same for just about 5 years while the South East has done same for just 6 months out of the about 60 years of Nigeria’s Independence! How equitable, fair and just is this?

The examples of the inequities in virtually all spheres of life abounds in Nigeria and yet we are mouthing one Nigeria (only in nomenclature) and unity of the non existent ‘non negotiable’ national unity!

Can there be peace and progress without fairness and justice?

The world is watching o! Hummmm!… 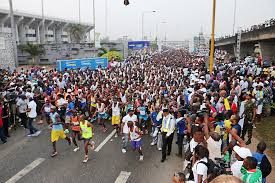 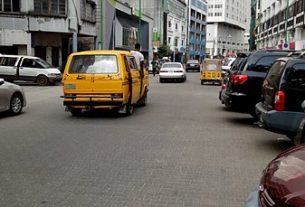 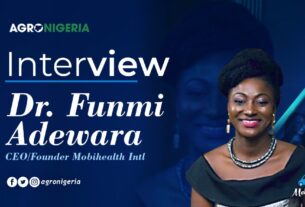 217 thoughts on “The Inequity Of The Additional $22.7billion Loan Approved By The “Nigerian” Senate For The Major-General (Rtd) Muhammadu Buhari’s Regime Against The Fast Deteriorating Nigeria’s Economy.”