Nearly every observer saw it coming, that the protracted battle between Kano State Governor Abdullahi Umar Ganduje and Emir of Kano Muhammadu Sanusi II would sooner result in the latter’s deposition from the centuries-old throne. Still, nearly everyone except the most informed members of the inner circle were taken by surprise when it finally happened yesterday.

Since last year, Ganduje and his APC state government had thrown everything they had at Sanusi. The governor’s aides and other party men publicly insulted the emir. Numerous petitions were written by sometimes known, sometimes faceless persons and groups urging the authorities to probe various alleged misdeeds of the emir and his emirate council. The state’s Public Complaints and Anti-Corruption Commission, headed by the overzealous Muhuyi Magaji Rimin Gado, snapped up the cases and summoned one top emirate council official after another. The APC-dominated State House of Assembly also received petitions, including one last week alleging that the emirate council illegally sold off crown lands.

The biggest blow to Sanusi was dealt last December when the state government created four new emirates in Bichi, Rano, Karaye and Gaya. Sanusi’s domain that once spanned all of Kano State’s 44 local government areas was reduced to ten. At one point, the government attempted to rename him Sarkin Birnin Kano, that is, Emir of Kano Municipal, thus severely diminishing the stature of the 500-years-old Kano Emirate.

What led to all these? Two things, apparently. One was Sanusi’s totally unorthodox character, a 180 degree turn from his predecessor Alhaji Ado Bayero, whom he succeeded in 2014. Where Ado Bayero kept his mouth covered with amawali for 51 years on the throne and uttered very few words in public, Sanusi was voluble, attended numerous public events and was outspoken at such events. In the Northern tradition, an emir usually only offers words of encouragement and prayers for peace but Sanusi was the guest speaker at many fora. To the obvious discomfort of his courtiers, he delivered long speeches, engaged in intellectual arguments, copiously quoting World Bank statistics, Western economic authorities as well as Islamic philosophers and Imams. His style was very different from all other Northern emirs and chiefs, who mostly maintain dignified silence in public.

Much more seriously, Sanusi publicly took on topics once addressed only by academics, NGO activists and newspaper columnists. He once declared that Northern Nigeria practices a 13th century version of Islam, much to the chagrin of clerics and conservatives all over the region. He campaigned against the tradition of poor people marrying many wives and breeding numerous children. He said such practices help to impoverish the average Northerner. Such things were usually said only by academics but coming from the mouth of a prominent Northern emir, it caused consternation in many conservative circles. Earlier this year, Sanusi told parents of abducted children that they should be arrested because they negligently allowed their kids to roam around without adequate supervision. He once publicly said that Ganduje and state assembly members spent a month in China pursuing a railway investment. They said they spent only four days.

Nor was it helpful, from the survivalist point of view, that Emir Sanusi’s utterances made him very popular in the South and in the southern-controlled news media. In the convoluted manner of Nigerian politics, whatever is popular in the South is hardly welcome in the North, and vice versa. Many young Northerners said on the social media that the Kings College, Lagos alumnus was currying favour with Southerners to the detriment of his own region.

Still, he might have survived on the throne if not because he also got muddled up in local politics. Governor Ganduje and Kano APC chieftains believe, very strongly, that Sanusi is a PDP supporter and that he actively supported, some said even financed, the PDP governorship candidate in the 2015 election, Abba Kabir Yusuf, alias Gida Gida. It is not publicly known what evidence Ganduje and his supporters have against the emir, but they must have received an earful from politicians and even some of Sanusi’s palace courtiers. An early sign of trouble was that, on the day Ganduje was declared winner after the very controversial Gama Ward rerun election last year, hundreds of his supporters immediately swarmed into the Government House’s Council Chamber, used a ladder and brought down the emir’s picture from the wall, which they trampled upon.

It was noticeable that when this latest fight between Ganduje and Sanusi erupted last year, other Northern governors as well as prominent Northern emirs and chiefs, led by the Sultan of Sokoto, maintained their distance. According to one governor, this was because Northern governors and prominent emirs brokered peace between the two in 2017 but that the truce fell apart. They seem to blame Sanusi for the pact’s failure, saying he violated most of the restrictions and admonitions adopted at the peace meeting in Kaduna.

Ganduje’s inner circle of advisers also played a key role. They long ago concluded that, having tangled with the emir, they should better remove him while they are still in charge because he could do them incalculable harm when they are not in office. In fact, on the night Northern governors and emirs brokered the first truce in 2017, Ganduje faced a revolt from his top aides, who accused him of caving in to undue pressure. Some of them said since they already had a dangerous opponent in the Kwankwasiyya movement and its leader, Senator Rabi’u Musa Kwankwaso, they should reduce their enemies’ ranks by deposing Sanusi.

Kano PDP supporters probably worsened matters for Sanusi by rushing to his support. Whenever he appeared in public, youths believed by Ganduje to be Kwankwasiyya supporters rushed alongside the emir’s limousine and gave him a hero’s welcome. Yesterday, just before the State Executive Council deposed Sanusi, a motion on the State House of Assembly floor calling for the emir’s suspension was stymied when PDP MPs, wearing the signature red caps, seized the mace. Thus, willingly or unwillingly, Sanusi was sucked into Kano’s deadly political fight between APC and PDP, with disastrous consequences.

Muhammadu Sanusi II had also earned the displeasure of the biggest political factor of all: President Muhammadu Buhari. Since 2015, Sanusi had publicly criticised the Buhari Administration’s economic policy, or lack of it. He said on one occasion that the country did not have to fall into a recession from 2015 due to fall in oil prices if only government had responded with the right policies. Two weeks ago, Ganduje led a delegation of eminent Kano citizens to visit Buhari in Abuja. Sanusi was conspicuously absent in the delegation. Buhari said in his remarks that he will not intervene in the Kano tango because under the 1999 Constitution, the president has no role in traditional council matters. That statement swept the carpet from under the feet of leading Northerners, led by former Head of State General Abdulsalami Abubakar, who were trying to broker a truce, allegedly in Buhari’s name. To many observers, Buhari’s strange statement was the final signal for Ganduje to depose the emir.

The coup d’état nature of yesterday’s deposition announcement was clearly aimed at stopping the courts from intervening with an injunction. Since last year, numerous court injunctions obtained by Sanusi’s supporters had stymied many moves against him. Some of the injunctions were later discharged or, in the case of new emirates’ creation, the State Assembly revisited the issue and corrected its procedure.

Not surprisingly, Governor Ganduje moved yesterday and speeded up the appointment of a new Emir of Kano before the courts could intervene. Alhaji Aminu Ado Bayero, current Emir of Bichi and son of the late Emir Ado Bayero, was appointed the new Emir of Kano. Observers widely anticipated this choice. Alhaji Aminu’s agreeing to be the emir of Bichi, against the wishes of his brothers who said they should not help to balkanise Kano emirate, pleased Ganduje by conferring some legitimacy on the new emirates. Now he has been amply rewarded. Despite the murky circumstances of his rise to the throne, Aminu Ado Bayero could turn out to be a popular choice because the Bayero University, Kano graduate is cosmopolitan and was very close to his father, the late emir.

Late in the afternoon yesterday, Kano State government got policemen to bring the former emir Sanusi out of the palace and flew him to Nasarawa State. He is likely to be banished to a remote location and restriction placed on his movement. This was the practice since colonial times, when the British banished many deposed emirs to Lokoja. Sanusi is however expected to fight the banishment order, which may be incompatible with the 1999 Constitution.

Muhammadu Sanusi II becomes the third top Northern emir to be deposed since 1996. Sultan Ibrahim Dasuki was deposed in 1996 and Emir of Gwandu Almustafa Haruna Jokolo was deposed in 2005. Thus, three of the four top royal fathers in the old Northern Region order of precedence [minus Number Two, the Shehu of Borno] have been deposed within 25 years. While Sanusi is expected to start a protracted legal battle to contest his deposition on the grounds that due process was not followed, prospects for its success are not good, if the fates of both Dasuki and Jokolo are any guide.

Sanusi’s deposition is also a double family tragedy of historic proportions. His grandfather, Emir Muhammadu Sanusi I, was deposed by the Northern Regional government in 1963 on the basis of the Muffet probe into the Kano Emirate Council’s finances. Muhammadu Sanusi II’s ascension to the throne 51 years later was seen by many folks in Kano as a vindication of his grandfather. Now, his own deposition could be seen by conservative and fatalistic Northerners as proof that character shortcomings run in the Sanusi family.

Some observers are saying that this deposition could backfire because Sanusi could wade into politics and become a hot material for 2023 presidency. That remains to be seen. Meanwhile, Governor Ganduje and his inner circle must by now be contemplating how to clear some of the mess of their own making, such as the four new emirates that they created last year. The new Emir Aminu Ado Bayero will not like them, never mind that he was one of the new emirs. It remains to be seen if they will find a way to roll them back. 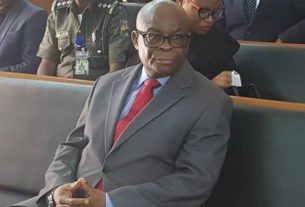 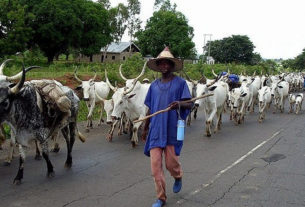