Home > Headlines > We Will Soon Publish Assets of All politicians – NFIU.

Modibbo Hamman-Tukur, director of the Nigerian Financial Intelligence Unit (NFIU), says assets of all public officials and senior political office holders will soon be open to the public.

NAN quoted Hamman-Tukur as saying this when he appeared before the house of representatives committee on financial crimes to defend the budget of his organisation on Thursday.

He explained to the committee that it was part of the conditions for lifting the suspension of the NFIU by the Egmont Group of Financial Intelligence Units.

“With the lifting of the suspension, it is likely that all assets of all leaders, public officials and political office holders will be displayed,” the director said.

“They want us to work closely with the presidency, Code of Conduct Bureau (CCB) and the Corporate Affairs Commission (CAC). They want to see the assets of all public officials displayed publicly.

“But it will be good that the beneficiary owner data base will be domiciled with the Code of Conduct Bureau (CCB), and we will subscribe because CCB has assets declarations of all public officers.”

Speaking on the 2018 budget performance, he said the NFIU had a total budget of N1.185 billion made up of N385,310 million as personnel cost, N600 million as overhead while N200 million was for capital cost.

According to him, the capital release till date stands at N174,946 million out of the budgeted amount of N200.1 million.

He added that utilisation percentage stood at about 12 per cent while the balance stood at N154,936 million.

On the 2019 budget, the director revealed that a total of N8.244 billion had been proposed, made up of N1.154 billion for overhead cost, N4,124 billion as capital cost while N2,865 billion for personnel cost. 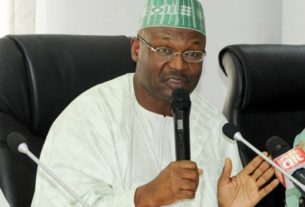 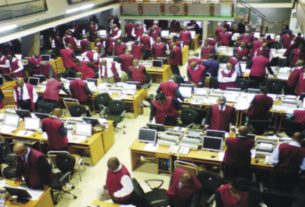 142 thoughts on “We Will Soon Publish Assets of All politicians – NFIU.”