Home > Headlines > Wike Says Rivers State Will Resist Any Form of Oil Well Annexation, Lashes Out At Attackers of Odili.

Rivers State Governor,  Nyesom Ezenwo Wike has declared that  many states are being used to fight against Rivers State for the illegal grabbing  of the state’s oil wells.

Commissioning the Dualised/Reconstructed Birabi Street, Elegbam-Rumueme in Obio/Akpor Local Government Area on Friday,  Governor Wike said the State has the capacity to resist any form of oil well annexation.

He said: “So many states are being used to fight Rivers State to collect our oil Wells. We have the capacity to fight back.  No state will take what belongs  to Rivers State.

“Whether  you are PDP or APC State,  anybody who attempts to take what belongs to Rivers, Rivers State will fight back.

“This is not a question of party.  It is the interest of the state that matters. My interest is Rivers State, not political party. If you are in PDP and you don’t love Rivers State, I will not love you . My love for you is based upon your love for Rivers State “.

He said that Rivers State deserves the best, noting that his administration will continue to work for the growth of the state.

The governor said that his administration will enhance the infrastructural base of Port Harcourt and Obio/Akpor Local Government Areas, as a large percentage of Rivers people live in the state capital territory.

He thanked the people of Rumuadaolu in Obio/Akpor Local Government Area for cooperating with the contractors to deliver the road.

“Dr Peter Odili is the person who brought all of us up. No political leader can claim that he is what he is today without Odili.

“I know the hatred people have on him because he said an Ikwerre man must be Governor.  We shall continue to stand with him. Any Ikwerre man who is anywhere without recognising Odili will not know peace.

Any Ikwerre man plotting against you and your family will never have peace Governor Wike said the many fights Odili is having today is because he insisted that an Ikwerre man should be Governor.  He urged the Former Rivers State Governor not to regret facilitating the emergence of an Ikwerre Governor in the state.

He said the road was a single lane, before the Rivers State Governor directed that a section be dualised, while the second section was expanded for improved traffic.

Chairman of Obio/Akpor Local Government Area, Solomon Eke praised the governor’s sense of judgment in dualising the road that leads to the headquarters of Salvation Ministries.  He said thousands of international visitors to the church would enjoy using the high quality road.

He said that the people of Obio/Akpor Local Government Area appreciate the governor’s commitment to the development of the area. 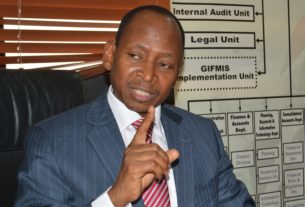 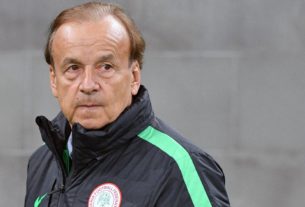 1 thought on “Wike Says Rivers State Will Resist Any Form of Oil Well Annexation, Lashes Out At Attackers of Odili.”