President of the Senate, Dr. Abubakar Bukola Saraki, has thanked Nigerians all over the country for their support and encouragement towards the work of the 8th Senate, since it was inaugurated three years ago.

In a statement issued from Saudi Arabia where he is on lesser hajj, Saraki acknowledged that the achievements of the Senate would not have been possible without the backing of Nigerians, who have played a more active role in the activities of the legislature since June 9, 2015.

“In three short but eventful years, we have definitely come a long way in this 8th Senate. We have worked assiduously and diligently to meet the demands of Nigerians and a changing economy that experienced a recession just a year after we assumed office.

“In this time, we have passed 213 Bills, cleared 138 petitions submitted by the public. We are happy to say that this Senate is the most productive since 1999. It has surpassed the 5th Senate which with 129 bills in four years had the highest number of bills, as against the 6th Senate with 72 bills, and 128 passed by the 7th Senate. The number of petitions we have successfully treated to the satisfaction of Nigerians who filed them dwarfed the eight and six treated by the sixth and seventh Senate respectively.

“The present Senate has worked to grow our economy by passing Bills like the Companies and Allied Matters Act, the Secured Transactions in Movable Assets Act, the Credit Bureau Reporting Act and the Warehouse Receipts Bill, Nigerian Railways Authority Bill, National Transportation Commission Bill, which are aimed at providing significant reforms to our business environment and strengthening our lending legislative frameworks to allow SMEs to access capital.

“We are particularly glad that the impact of the Secured Transactions in Movable Assets Act and the Credit Bureau Reporting Act became apparent immediately after they were signed into law as they form the basis for which the World Bank upgraded the rating of Nigeria in its Annual Ease of Doing Business rating. We expect that when the new CAMA which we just passed becomes law, it will yield an even more significant results in helping small and medium scale entrepreneurs to access capital, grow and multiply.

“We have also passed Bills like the Nigerian Financial Intelligence Unit Bill, the Mutual Assistance in Criminal Matters Bill, the Witness Protection Bill, the Whistleblower Protection Bill and the Federal Audit Service Commission Bill to support the fight against corruption. It should be noted that the National Assembly quickly rose to the occasion to prevent the expulsion of Nigeria from the Global community on the exchange of financial intelligence by expediting the passage of the NFIU bill.

“With the support of the Nigerian public, we were able to break the PIB jinx, by passing the Governance Component of the Petroleum Industry Bill, and now, we have successfully conducted the Public Hearing on the Administrative, Fiscal and Host Community Components of this Bill — taking it to its farthest stage since 1999,” Saraki stated.

“Also of note is our passage of the constitution amendment bills, some of which will change the landscape of governance in Nigeria. Some of the bills like the ‘Not Too Young to Run’ bill, the Financial Autonomy for Local Government Bill, Financial Autonomy for Houses of Assembly among others are aimed at improving governance and ensuring that government serves our people better.

The Senate President also highlighted some of the interventions of the Senate since June 9, 2015, stating that the impact of the work of the legislature in Nigeria’s system of governance was starting to be understood.

“The legislature as the youngest of the three arms of government still has a lot of catching up to do in ensuring that Nigerians understand its role in our democracy. This is why we have been attentive and responsive to the needs of Nigerians by intervening where it counts.

“We will like to reiterate the fact that this Senate has taken deliberate measures aimed at opening up the institution for better understanding by members of the public. These measures include providing details and breakdown of the annual budget of the National Assembly, holding of public hearing as part of the budget preparation process, the proposed Open Nass week aimed at engaging with other arms of government and civil society groups and the frequent discussions with a view to resolving issues involving labour unions, government and other stakeholders.

“We exposed high-level corruption in the management of the North East relief efforts, and passed the North East Development Commission Bill, which has now been signed into law.

“We have also engaged stakeholders on the drug epidemic that is ravishing a significant demographic of our population and we are set to pass new Bills that will help to address the Mental Health aspect of drug abuse and the law enforcement component that has to do with ensuring that all agencies of the Federal Government are working in-sync to tackle this menace with clearly defined legal structures in place. We equally intervened in the human trafficking and illegal migration crises plaguing the youthful segment of our population.

“We have also been working to ensure that healthcare remains the right of every Nigerian and this is why with the passage of the One Percent of the Consolidated Revenue Fund (CRF) to establish the Basic Healthcare Fund in the 2018 budget, primary healthcare will be within reach for all 180 million of us.

“The One Percent Basic Healthcare Fund is an intervention we made out of our conviction that all Nigerians, no matter their station in life, deserve access to qualittive and affordable health care. This is a move we made for the ordinary Nigerians and we believe it will help to create a more vibrant, healthy and patriotic citizenry.

“This Fund will help us eliminate the problem of maternal and infant mortality as well as create a healthy population. We will be able to ensure that all our kids get necessary immunization that keep various diseases away from them and ensure the mothers are well catered for during child birth”, he stated.

He said security issues remains work in progress and that the Senators are tired of the frequent observance of one minute silence following the killing of Nigerians in the various conflicts and criminal activities across the country. The Senate President added that the Senate was engaging with security agencies to ensure that all the necessary laws and funds needed to ensure the safety of lives and property in the country are put in place.

Saraki pledged that the Senate and the National Assembly will continue to be transparent, accountable and responsive even as the nation and its political office holders prepare for the 2019 elections.

“Some might see it as a time to leave governance and focus on politics. We do not believe this. We will continue to push forward and continue to perform. This is what Nigerians who sent us to Abuja to represent their interests expect of us: a committed, transparent, accountable and responsive government. We have shown this through our antecedents, and as we continue to serve in the next one year, we will continue to be just that.” 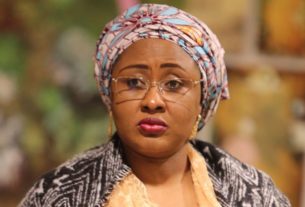 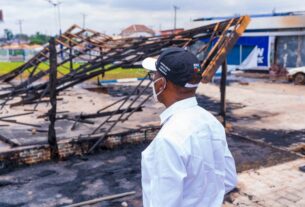