Home > Headlines > Super Eagles’ Opponents, Seychelles Lose To Ethiopia U-23, Round Up Training On Wednesday.

The eliminated Seychelles team facing Nigeria in a dead rubber encounter of the Africa Cup of Nations qualifying series has had a poor run to Friday’s encounter in Asaba.

Sports Village Square’s check reveals that Seychelles senior national team lost their second friendly match on a 0-3 to the Ethiopian Under-23 selection on Saturday afternoon in Addis Ababa.

Coach Gavin Jeanne, whose team had lost their first match 0-1 to the same team on Wednesday, made a few changes to the starting line-up but did not fare any better as they even had two players sent off.

The red-carded players are Perry Monnaie, a striker and Don Fanchette in the opening half hour and had to struggle for an hour with nine men.

Coach Jeanne told Sports NATION, Seychelles newspaper that it was a difficult match and was also not happy with the level of officiating which spoilt the game.

“We played a bit better but it was not a fair game as two of our opponents’ goals should never have stood as the official was biased and we had two players sent off and we also struggled with the altitude,” coach Gavin told Sports NATION.

The national team will complete their training camp in Ethiopia on Wednesday before moving to Nigeria for their final African Nations Cup group E match on Friday against the Super Eagles. 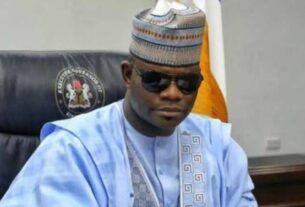 312 thoughts on “Super Eagles’ Opponents, Seychelles Lose To Ethiopia U-23, Round Up Training On Wednesday.”